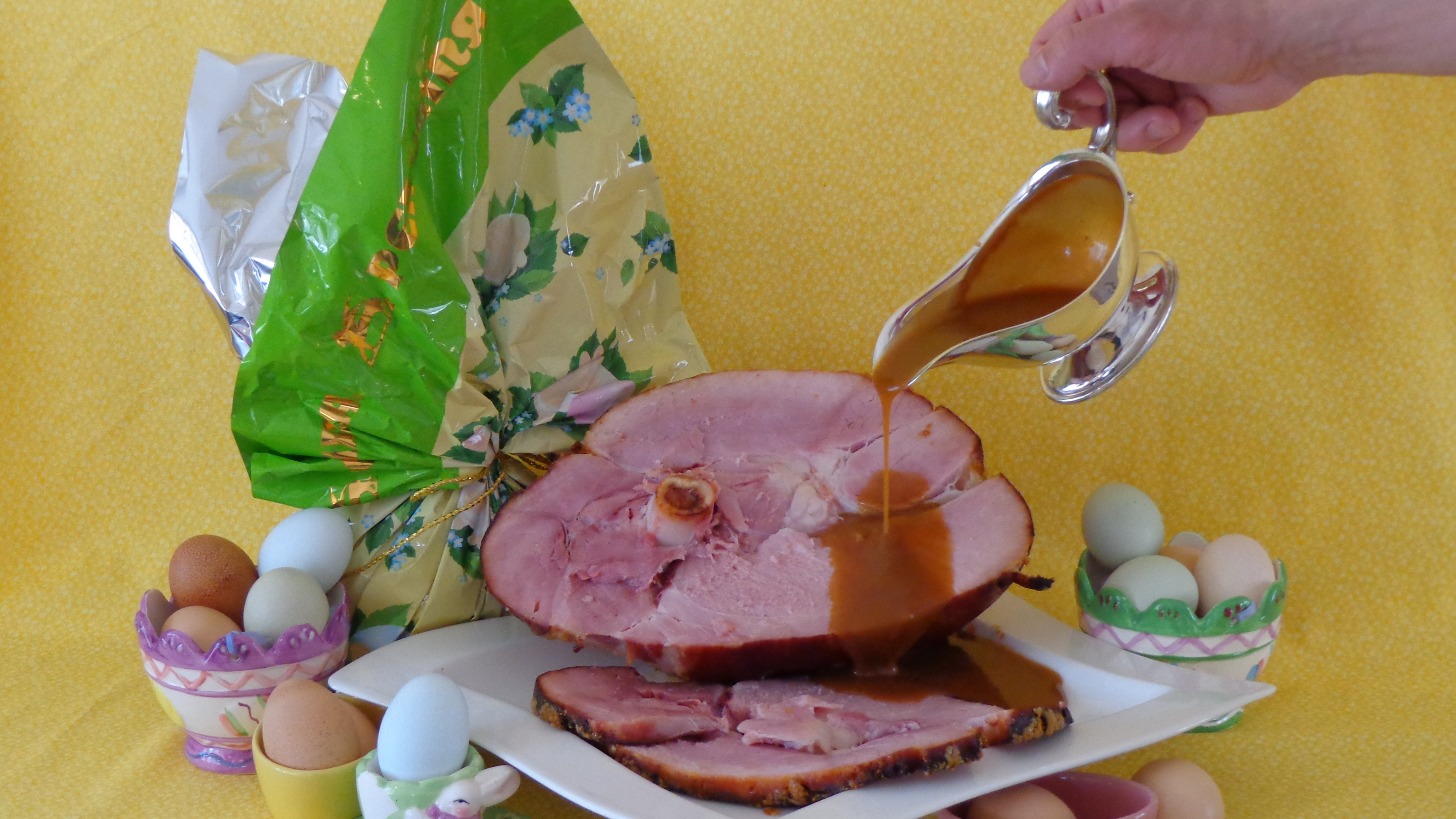 This is my great-grandmother GooGoo’s recipe and we serve it every Easter. The ham gravy is to die for.

Ingredients:
1 shank half ham, bone-in (this is a more choice and flavorful cut than the butt half)
Whole cloves, approximately  40 to 50)
1 cup brown sugar
2 to 3 tablespoons cider vinegar
1 teaspoon dry mustard

Trim most of the fat off the top of the ham, leaving just a thin layer to add flavor. Lay the ham its side so that the flat edge is facing out, and stud the top with cloves space about ¾-inch apart.

In a small bowl, form a thin paste by mixing the brown sugar, cider vinegar and dry mustard until smooth and well combined. Use a brush to liberally coat the top of the clove-studded ham with the paste, saving some to use later for basting.

Transfer the ham to a baking or roasting pan and then add a slight amount of water to the dish, about 1/8 to ¼ inch maximum. This will prevent the sugar from burning as the ham bakes, and provide the drippings needed if making gravy later. Check the ham every 20 to 30 minutes as it bakes and add more water to the dish by the tablespoon if necessary.

Bake in the oven for approximately 2 hours. After the first hour, brush the ham with another coat of the paste and repeat after another 30 minutes. Cook until the top of the ham is a rich, golden brown. Let the ham rest for 5 to 10 minutes before carving. Serve and enjoy!

Directions:
Combine the flour and cold water to prepare a slurry, which is used to thicken the sauce and create the gravy. Set aside.

Place the roasting dish on the stove over medium heat and whisk vigorously to release all the drippings. Add a little water if necessary.

Transfer the drippings into a small or medium sauce pan and add the slurry in small amounts, starting with one tablespoon. Cook over medium-low heat, whisking vigorously to incorporate all the ingredients and remove any lumps.

The gravy is ready when it has achieved a smooth consistency. Transfer to a serving dish and serve over ham and potatoes.