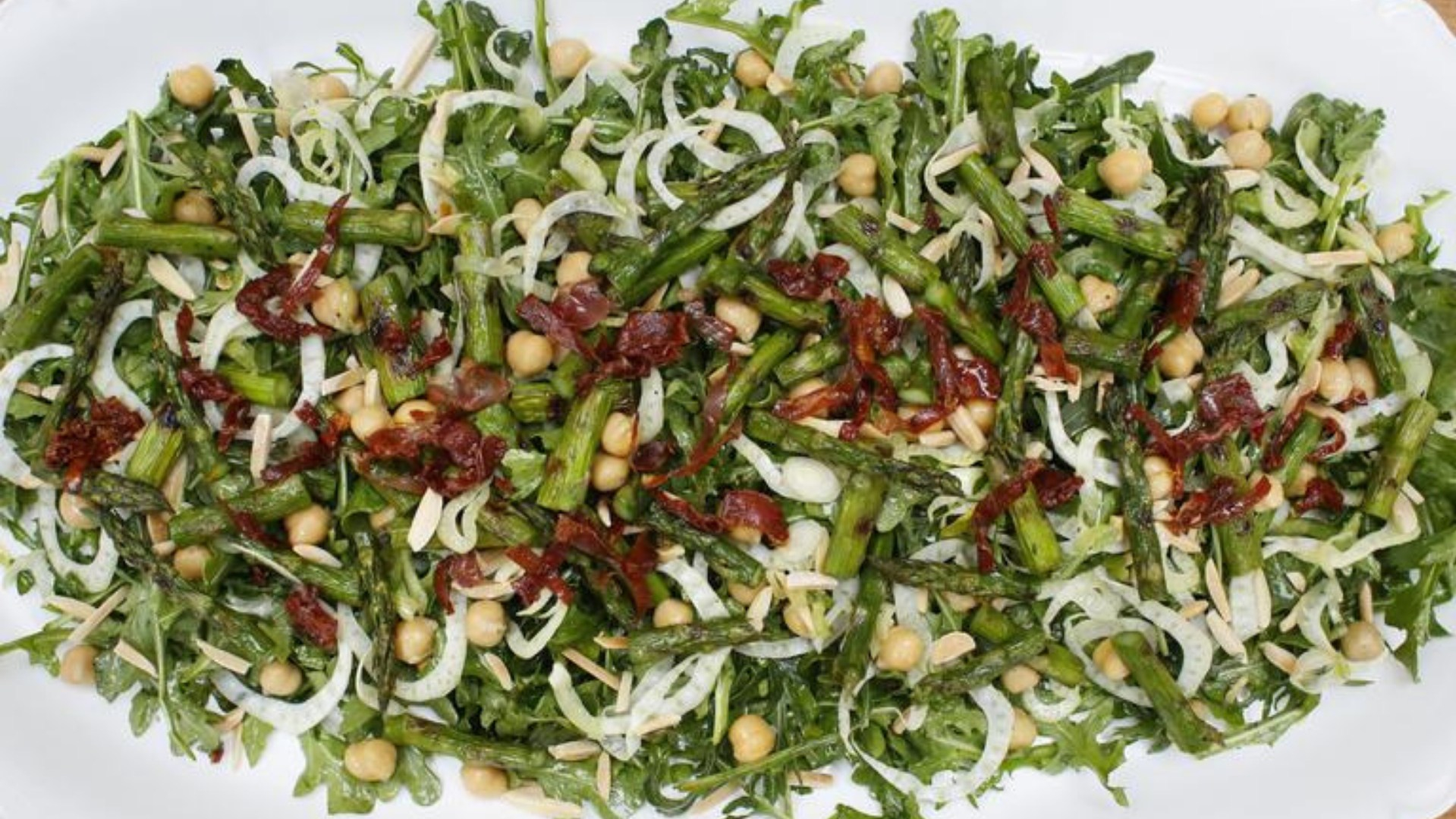 Symphony Salad was thus named because it is a composed salad, which means that it is built and dressed in layers, rather than tossed.

Directions:
Place all ingredients in a mason jar, cover and shake vigorously until well combined. Taste and add kosher salt and freshly ground black pepper as desired. Refrigerate for up to one week. Best when made at least 2 hours before serving. Makes about 3/4 cup.

Directions:
Coat the bottom of a small pan with the vegetable oil, then cook the prosciutto strips over medium heat for about 5 to 6 minutes, until they are deep red and crispy. Remove from pan and set aside to cool on a paper towel.

In a large bowl, toss the arugula in 2 tablespoons of dressing; sprinkle with salt and pepper and toss again. Place arugula on platter in an even layer.

In the same bowl, toss the shaved fennel and sliced scallions in 1 tablespoon of dressing, sprinkle with kosher salt and pepper, then scatter evenly around the arugula. Repeat for the asparagus pieces and then the chickpeas, separately.

Sprinkle the toasted almonds evenly around the salad, then drizzle 1 to 2 tablespoons of dressing over the entire dish. Garnish the center width of the salad with the crispy prosciutto strips. Serve and enjoy.